One of the main protagonists in the acclaimed series, My Hero Academia, Shoto Todoroki is one of the most well known and loved characters in recent anime, many comparing him to beloved anime characters such as Prince Zuko from The Fire Nation (Avatar: The Last Airbender) and Itachi Uchiha because of his flame powers. So, fasten your seat belts and go beyond plus ultra ! 9 - Abusive Past for Both Him and His Mother : His father, Endeavor Todoroki, was a dangerous man of influence who forcefully married his mother and made Shoto go through rigorous training that was equal parts difficult and brutal, but his mother was very supportive and would assure him that he could be whatever he wanted to be as he grew up. His mother would intervene when his father would make him go through the terrible trainings which would result in her getting violently physically assaulted, and making her lose her mind in the process. Shoto Todoroki can be called one of the most powerful characters in the series as a whole, as he has two different quirks, both ice and flame. Sadly the reason for this is a bit tragic, his father forcefully married his mother to breed a child of both ice and fire quirks that would render him the most powerful superhero, even stronger than All Might. Shoto had to go through rigorous training as a child for this. Despite his father’s failed efforts, he is still strong and smart enough to outwit and overpower some full-fledged Pro-Heroes. According to Shoto’s Volume 2 profile; his favorite food of all time is called Zaru Soba, also known as Cold Soba. It is a dish made out of buckwheat noodles with dipping sauce, it is a nice cold summer noodle dish that is enjoyed by hundreds of people in Japan in the summers, it is usually served on a slotted bamboo mat that lets the water from the noodles drip through for perfection in presentation. Zaru Soba is a great dish to beat the heat out there in Japanese culture. Shoto’s father, Endeavor, in an attempt to finally give birth to Shoto he also had a couple of other children, currently in the series; Shoto Todoroki has three different named sibings. Fuyumi, Toya and Natsuou were not blessed with Shoto’s half-hot half-cold powers and so they weren’t put in through the rigorous training as he was. He was also often prohibited from playing with his siblings as a kid which only rendered his mental health even weaker than it already was.

5 - The Meaningfulness of His Name : Shoto’s name ( Half-Cold; Half-Hot ) contains the kanji for both burning and freezing. His superpowers work in synergy, each one keeping him from becoming to overpowered by the other one. The name Todoroki however is just a common Japanese sir name. His second suit was designed with a temperature resistant jacket, which helps regulate his body temperature and work around the drawbacks of his quirks as much as possible. There’s a special device around the neck that measures his body temperature and guides the jacket into regulating it, he also has a utility belt (that is basically a proper first aid med kit containing pain medication, water and disinfectants), a combat vest for upper body protection, snow boots that prevent him from slipping on his own ice and wrist guards.

With Shoto’s birthday being in January, he was the fourth youngest in his class 1-A, taking into account the fact that almost everyone was aged 15 in his class at the start of U.A High’s school year’s. Shoto’s appearance is very much likeable, especially by most girls in his class, and even fans of the anime. Despite his scar and hair of two different shades, he is still considered handsome by most of his class 1-A, going so far as Mina Ashida calling him the best looking guy in class 1-A. 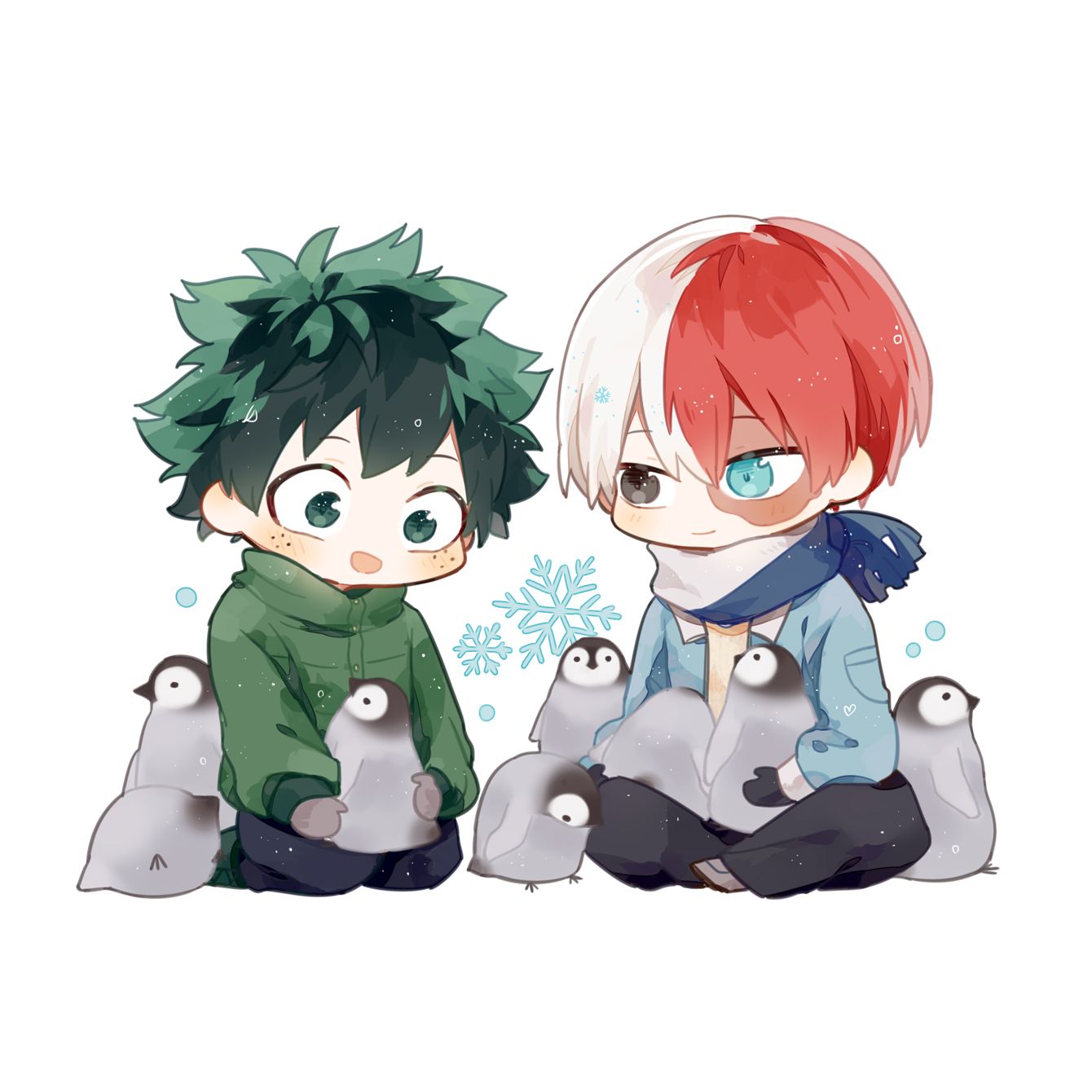 ❄️ Fan of My Hero Academia? Our article of the 10 Facts about Shoto Todoroki interested you? Shoto himself is offering you his opinion! 🌪️🔥

Our collection of T-Shirts featuring Shoto Todoroki will make you a true Hero!

These Shoto Todoroki Sweatshirts will keep you warm during cold weather.

Refine your style beyond the plus ultra with our Shoto Todoroki Hoodies !

The most beautiful Shoto Todoroki figures on the market, in the flesh!
This figure will be an essential decoration to put on your desk!

1 2 Next
Back to BNHA Blog
Orders will be processed in USD.